It was 6 years ago today, that I suffered my first Stroke, May 2, 2016.  So I decided to write a blog entitled Stroke Recovery and the Squirrel, telling about what happened to us over the weekend, and how it pertains to Stroke Recovery.

We have many Bird Feeders all over our front and back lawn.  What we have discovered over the past several years, was the best way to attract Cardinals, Blue Jays, and Grackles was with Peanuts, inside a Peanut Ring, hung on a Shepherd's crook, next to the other bird feeders.  They would swoop in, pick out a single peanut, and bring it back to their nest.  This would go on all day, until the squirrels figured it out.  The squirrels would gorge themselves, and soon we had 4-6 squirrels forming an assembly line, going up the Shepherd's crook, grab a peanut, and go to bury it for later.  It got so bad that we were buying 50 pound sacks of peanuts at $69.00 a pop.  Then the price shot to $99.00 a sack, so we had to change something. So we purchased a new Shepherd's Crook, which came with a Squirrel Baffle, which is simply an upside down Cone that is attached to the pole, below the feeders, to stop squirrels from reaching the feeders.  The new Shepherd's Crook, not only protected the feeders from the squirrels, it came with 6 hangers for more feeders, and a great place to hang the Peanut Ring, at the top, next to the feeders. We thought, problem solved! Well, the squirrels didn't get the memo.  They went up the Shepherd's Crook, hit the Baffle, came back down and walked around the garden, trying to figure out what to do next.  Then one looked at the Bird Bath we had placed on a wooden block next to the feeder, for the birds to get a drink.  Well, the first squirrel jumped up on the edge of the Bird Bath, then jumped up, bounced off the outside of the Baffle, up to the Peanut Ring.  The other squirrels quickly caught on to this, and pretty soon we were back to square one.  Assembly line to the Peanut Ring.  So, I moved the Bird Bath, over in the corner away from the feeders.  Problem Solved!

There were several branches on a tree in the garden, that hung down over the feeders.  Yup, you guessed it.  Soon the squirrels, were climbing up the tree, out onto the lowest fork, of the bottom branch, and jumped through the air, landing on one of the feeders, climbing into the Peanut Ring.  Then the assembly line started again.  So I went out with my handsaw and cut off the bottom fork of the branch.  Problem Solved!

They went up the tree, climbed out on the higher fork of the branch, and jumped through the air, landing on the feeder, into the Peanut Ring, and the Assembly line started again.  So, I took my handsaw, and cut the branch off close to the tree.  I looked at the tree, and the next branch was way up there, and I thought there is no way, they will try that, it's too high and far from the Feeders. Then it happened.  He went up the tree, walked out onto the branch, and I thought, NO WAY!  He went for it, flying through the air, his legs spread wide, landed on one of the feeders, did an circus stunt flip, into the Peanut Ring.  Grabbed a Peanut and back down again.  He did this several times, and all the other squirrels, would climb out on the branch look down, and climb back down the tree.  They all stopped besides that one squirrel. 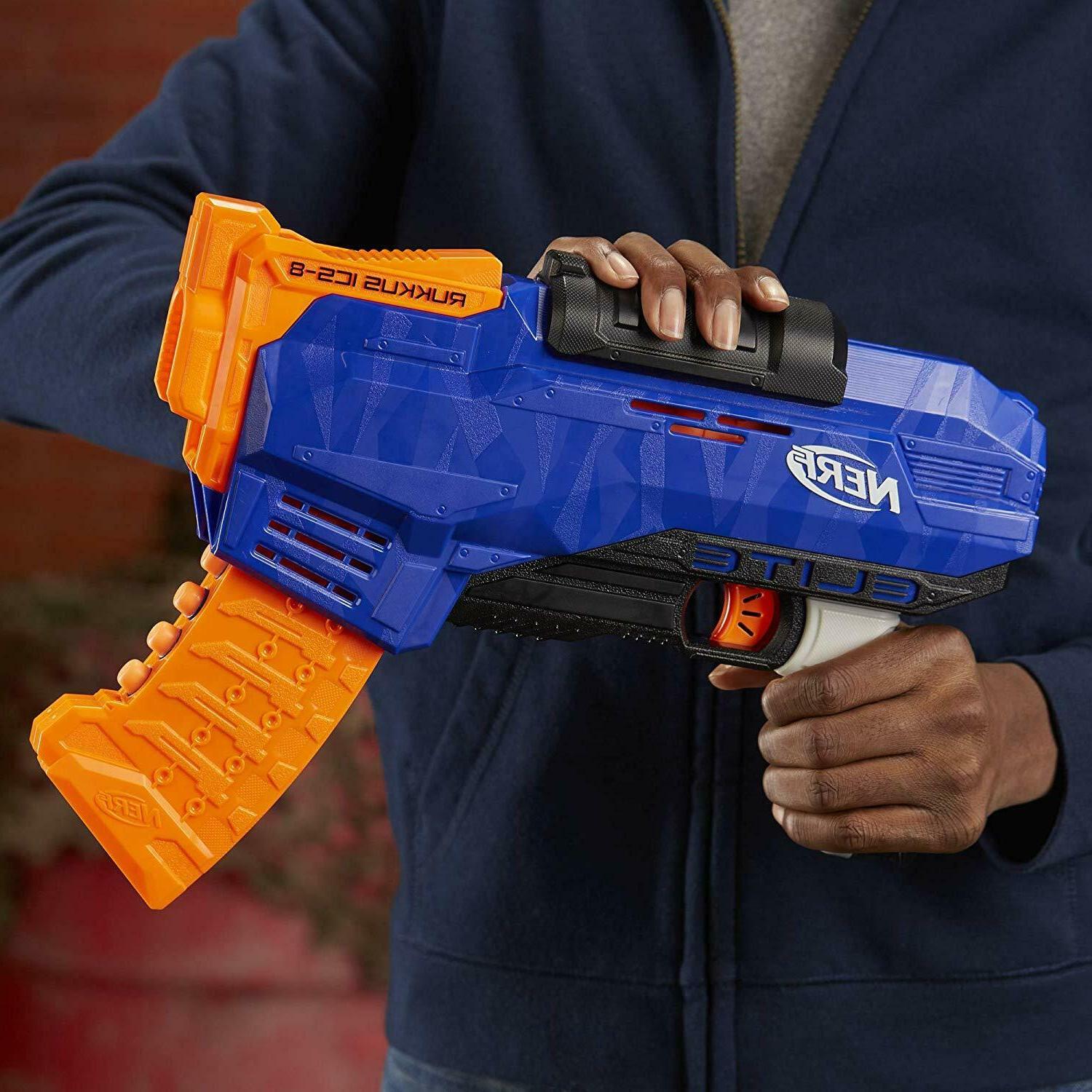 ﻿So I thought, well, time to get a Nerf Gun, and fix this once and for all.  We went to Costco, purchased a Nerf gun, and came home.  There he was in the feeder again.  We loaded the Nerf Gun, and I shot a foam dart at him, which missed by about 5 feet.  I looked at Jane and said "if that squirrel wants to go through all that trouble to get what he wants, then he can have it".  So I left him alone, and he would go up the tree, launch himself through the air, grab the pole, put a peanut in his mouth, climb down, and do it over and over.

Problem is now, they are all doing it!

You might say "just move the feeder away from the tree".

No, the feeder stays.  It's a MAN thing.  In order to be the man, you got to beat the man.

The Squirrels won this one.

You might ask, what in the world does this have to do with Stroke Recovery?  Well in the last 6 years, we, Jane and I, have come across obstacle, after obstacle.  But together, we always found a way around, over or through it.  sometimes it was really scary, and we took chances, changed our approach, went back to the basis, repeat.

What we need to do, in order to optimize recovery, is to keep trying, repeating movements, change it up, until our brain finally says "if you want it back that bad, then here, take it, have the movement".

If you do nothing you will get nothing.

The squirrel pushed through every plateau, until he got what he wanted.  Then without even knowing it, inspired others to do the same.

Remember Saebo's Motto of, "NO PLATEAU IN SIGHT"?

Well, the squirrel got that memo!!

As I write this Blog, I strolled out into the kitchen to get a cup of coffee and guess what, the squirrels are still launching themselves through the air, to get the Peanuts.  Good for them!!