When I see or read something like this, I think about my Strokes at the age of 49.  It makes me realize just how fortunate I was to have escaped this for so long.  I was born with a HEART MURMUR, but I was not made aware of this until my Doctor accidentally found it during a routine physical when I was in my mid twenties.  He explained the risk, and told me exactly what could happen with this defective valve, that was causing the murmur. However, being in my twenties, 10 foot tall and bulletproof, I never gave it much thought. It happened exactly like he warned me, except 25 years later.

My problem happened when a cut in my hand caused a blood infection, that destroyed the Mitral Valve, and infected my heart to the core.  With all the cuts and scraps that I suffered growing up in Newfoundland, I was a prime candidate for a Stroke all my life, and didn't know it. So if you have a Heart Murmur, please do not brush it off as I did.

Now, back to the story.

Looking at Chase Schweiger, it would be tough to guess that he was anything but a typical 15-year-old boy, with a love of sports, a full course of classes as a high school sophomore and a summer job lined up at the summer camp he's gone to since age 3.

But eight years earlier, Schweiger nearly died after having a sudden, unexplained stroke at 7 years old.

Chase was an active kid, playing basketball, soccer and baseball, and "completely healthy," with no medical concerns. That's part of why it was so shocking when, on May 19, 2014, he suddenly collapsed from a stroke.

"It was a typical Monday," Wendi Schweiger, Chase's mom, tells PEOPLE. Chase was about to leave for karate class, but he saw his friends and siblings playing soccer outside and asked if he could skip to join them. Wendi let him go, and Chase was happily playing when she "suddenly heard one of the boys say, 'Get up, get up.' "

"I walked up to him and he was staring at me with his eyes wide open, but his face looked funny — something was off," Wendi, 48, says. 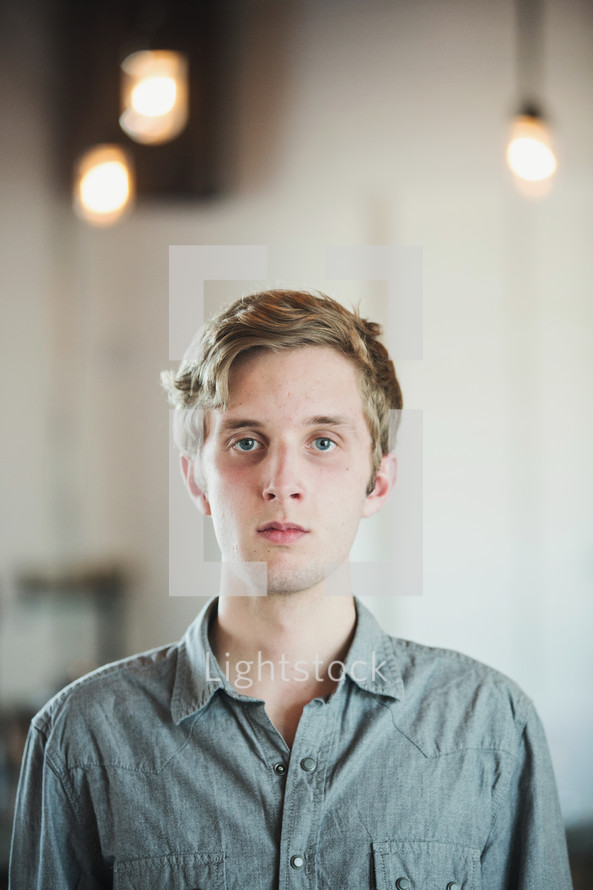 Wendi called 911 and Chase was taken to a hospital near their home in Marlton, New Jersey. Wendi and her husband Jordan were pointing out to medical personnel that he looked off — a slumped face and no movement in his right side, both signs of a stroke — but doctors thought it was a seizure, because the likelihood of a stroke in a 7-year-old was so low.

"Jordan and I were the ones to notice these symptoms, but without realizing what it was," Wendi says. "And the hospital, EMTs — no one realized it, because they just would not expect a 7-year-old to have a stroke."

RELATED: Blood Clots Like Hailey Bieber's Are Happening in 'Younger and Younger People'

They ran tests for the next six hours before telling Wendi and Jordan that they wanted to send him by ambulance to the nearby Children's Hospital of Philadelphia (CHOP), which was better equipped to figure out what was wrong. It took another 13 hours — now 11 a.m. the next day — but there, an MRI confirmed that Chase had a stroke.

From there, doctors said the best course of action was to remove a part of Chase's skull to relieve the swelling in his brain from the stroke — "Of course we did it," Jordan, 48, says, "but I do remember sitting there thinking, 'What if we don't do it?' But it was a life-or-death situation." 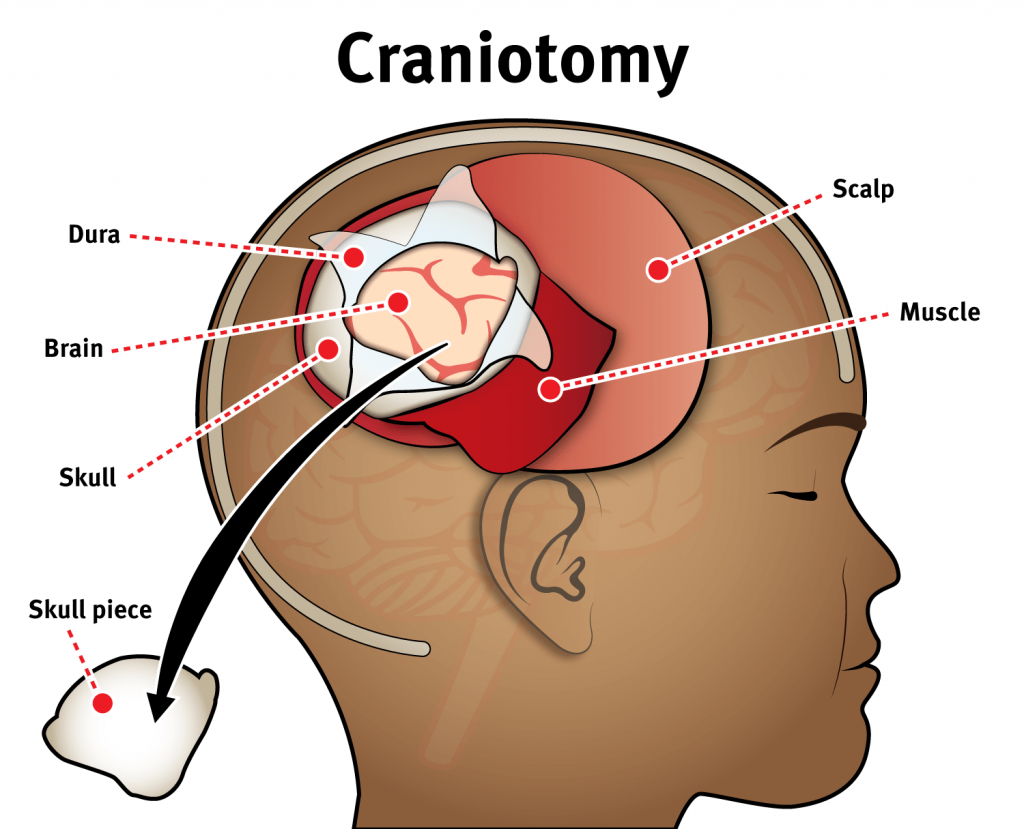 From there, doctors said the best course of action was to remove a part of Chase's skull to relieve the swelling in his brain from the stroke — "Of course we did it," Jordan, 48, says, "but I do remember sitting there thinking, 'What if we don't do it?' But it was a life-or-death situation."

For the first two days, there wasn't much of a change in Chase. "He's still not walking, he's still not talking, he still can't keep his head up or eat," Jordan says. "The doctors are going through the worst-case scenarios — that he might not make it, or if he does there's a very good chance he'll never walk or talk again." But on the third day, a nurse asked Chase a question and he gave a "creaky little yes."

"They never expected it," Jordan says. "To this day, his neurologist says the things that he does based on the amount of damage in his brain from the stroke are not feasible; it doesn't make sense."

That day was the "beginning of Chase's recovery," he adds. Doctors moved Chase out of the intensive care unit to a neurology floor, and after a week to a rehab facility where he stayed for the next three months doing "intense" physical, occupational and speech therapy.

"In the three months that he was there, he began walking, he began talking and he just continued to fight," Wendi says.

To the amazement of doctors, Chase was able to walk out of the hospital and go back home to his siblings Mason, now 11, and Sloane, now 9. The past eight years have been filled with plenty more hours of therapies, with ups and downs.

"It's been a continual rollercoaster ride because we'll take a step forward and then it'll be two steps back," Wendi says.

"At times Chase made major progress and then slower," Jordan adds. "And it's ongoing; it'll probably never end for him."

Chase is restricted in some ways — he wears a brace on his right leg to help with his instability with walking and doesn't have much use of his right hand. "But we're very lucky, and in all regards, Chase is really a typical teenager," Wendi says.

And in the years since his stroke, the Schweigers have been working to raise awareness of the signs of stroke, and that they can happen in kids. For Chase's first "strokeaversary" — the year after his stroke, Wendi organized an event at his school with local news stations "to get the word out locally that kids could have strokes." They taught everyone the acronym FAST to know the signs of a stroke — F for facial drooping, A for arm weakness, S for speech difficulties and T for time, to call 911 as soon as possible. And for Chase's Bar Mitzvah project two years ago, they went to firehouses and talked to EMTs about how kids can have strokes, too.

"There's no way to prevent a stroke, other than just being healthy," Jordan says. "And we still do not know to this day why Chase had one. So to be able to know the signs and recognize a stroke can save a life."

Chase is a real life HERO!!! Pay it forward

All content provided on this blog is for informational purposes only and is not intended to be a substitute for professional medical advice, diagnosis, or treatment.   Many opinions and viewpoints are based on my own Personal Stroke Recovery journey.  As every Stroke is different, so is every Stroke Recovery.  Always seek the advice of your physician or other qualified health providers with any questions you may have regarding a medical condition. If you think you may have a medical emergency, call your doctor or 911 immediately. Reliance on any information provided by the JGH Rehab website is solely at your own risk.